Blackie was a real happy cat. RIP my dear angel.

I wanted to write a short note about how you came into our lives.  Pierre has been auditing and running a drill with his PCs, as a part of the drill PIerre drove us to the SPCA (the local Humane Society). This fluffy friendly back cat did catch my eye right aways, however I was concerned that we had already a senior white cat and I was wondering if they would get alone. A month later the black cat was still there in the shelter, I picked him up and he started purring in my lap and I just could not leave him there. It was this instant bond. We took him home the very same day. The shelter staff had named him Sir Fluffington The Third. Shortly we changed his name to Blackie.

He was extremely friendly to our senior cat. He was loving and kind. Kindness you have never seen.

He parted with me yesterday on February 1st , 2020 very unexpectedly. All happened in minutes and my heart told me something is wrong.  By the time I reached the ER Vet he was no longer responding . It was only 10 minutes ride. The ER Vet did attempt to revive him with CPR but was unsuccessful. It is a really bad time for me to lose my fluffy friend. My heart is so broken and beaten up. Everything is falling apart around me. I am trying to be strong but the sadness overwhelms me.

I love you so much. Thank you for being there for me. Rest in Peace.

“Living well is the best revenge”

I want to thank you, Tom

For always being there

And even in your blues

You always seemed to care

You meant so much to all of us

You had that special strength and kindness

You brightened our days

and vision a light in our blindness

Eternally we will remember you

And what you used to say

How made each of us smile

And gifted us with every passing day

We miss your presence sadly into tears

We think this can’t be right

Because even after all this time and fears

We sense your kindness in the night

We were not ready to say goodbye

We want to believe this isn’t true

We still don’t have a clue

Why the sky became so dark blue

On this day our thoughts are floating shares

On this day we remember you in tears

You are always in our hearts

Thomas Cronkhite, 54, son of Roland and Jeannine Cronkhite of Biddeford, and Bradenton, Florida, died at his home in Bradenton, Florida, on Oct. 13, 2017. Tom spent his first year of life in Nashua, New Hampshire, and the next 10 years in Washington, D.C. After moving to Detroit, Michigan with his parents, Tom completed grade school and high school. He loved camping around Michigan and Ontario, Canada with his family and friends. Tom developed a fascination with homing pigeons. He raised, trained and raced the pigeons, with much success. He was also an avid chess player.

After spending three years in California, he returned to Michigan. While attending the University of Detroit Mercy, where his father taught, he earned his B.S. and M.S. in Computer Science. He continued his career in computer programming in Michigan and later in Bradenton, Florida.

Tom was a loving uncle to his niece Liesl, and nephew Jack, and will be sorely missed by them. He loved to buy presents for them, play in the Gulf of Mexico with them, and most of all, play cards with them. He dearly loved his brother and sister, for whom he would give the shirt off his back.

Our Beloved Tom will be greatly missed by all.

A celebration of Tom’s life will be at St. Andre’s Health Care, 407 Pool Road, Biddeford at noon, Nov. 4.

Many of us get messages from an early age that our individual creative expression, which is another way of saying who we really are, is somehow not good enough. We lose touch with our natural creative source and thus lose touch with that core energy that allows us to feel nourished, grounded, fully alive and connected to ourselves and others.

Creative self expression is an important and often underutilized tool for those of us on the path of spiritual growth. Creativity is an essential ingredient of success and satisfaction in any area of our lives.

Getting back in touch with your creative self can reconnect you with a sense of meaning and purpose, regain your joy and help you maintain greater flexibility in the face of life’s many challenges. Creativity is one of the most unique and precious aspects of who we are.

Find us on Google+

Kindness is a universal language that blind men see and deaf men hear. If I have to talk about the amazing human abilities I would talk first about human kindness. It separates us from the rest of living things. It exposes our spirit and gives us the means to prevail. If people around us base every action on a conscious kindness our world will be beautiful and our lives will be fulfilled with meaning. If the mankind wasn’t so busy being greedy or power hungry or ego-driven, they would have more time to devote to being more kind. For  some like Pierre Ethier there is “light at the end of the tunnel”.   People without kindness are empty inside.

When you are the lucky one and on the receiving end of someone’s kindness never miss the chance to acknowledge them. Don’t ever take a single kindness for granted. Treat each one special like it’s the first one you have ever received. People have shown pretty consistent to claim that one is creating enemies. They never seem to find the key to live in harmony and without conflicts, war or struggle for power. If you are truly kind it is hard to hate. True kindness is a strength to finding peaceful co-existence.

In order to be more kind to others you must first be most kind to you. It is important to strike the right balance between them and you. Kindness makes you feel a certain way. That feeling is good. We are all connected and the kindness thread is an important link that holds us all together in compassionate and harmonious way.

May be you are reading this right now and realize that you have not been cognizant of the importance  of being genuinely kind and what it means to your life and the life of others. It is worthed to be kind to yourself if you want to do better in life. Do simple acts of kindness and don’t look for reward or return. You will be pleasantly surprised how kindness feels.

Once, President Abraham Lincoln spoke to a young soldier who was near death. Lincoln went over to his hospital bedside and asked: “Is there anything I can do for you now?”  The soldier didn’t recognize Lincoln, and with some effort whispered: “Would you please write a letter to my mother?” The president carefully began to write down what the young man was able to say: “My dearest mother, I was badly hurt while doing my duty. I’m afraid I’m not going to recover. Don’t grieve too much for me, please. Kiss Mary and John for me. May God bless you and father.” The soldier was too weak to continue, so Lincoln signed the letter for him and added, “Written for your son by Abraham Lincoln.” The young man asked to see the note and was astonished when he discovered who had written it.

He asked: “Are you really the president?” .Lincoln replied softly: “Yes, I am,” Then he asked if there was anything else he could do. “Would you please hold my hand?” the soldier asked. “It will help to see me through to the end.”

In the hushed room, the tall gaunt president took the soldier’s hand in his and spoke warm words of encouragement until death came.

What makes great people are the simple acts of kindness.

Standard
Dear Gail,
You touched our souls in so many ways. Rest in Peace.
Catherine and Pierre

Gail Michelson passed away May 22, 2020. Her wishes were for no formal funeral services.

To send flowers to the family or plant a tree in memory of Gail Michelson, please visit Tribute Store

I want to thank you, Gail

For always being there

And even in your blues

You always seemed to care

You meant so much to us

You had that special strength and kindness

You brightened our days

and brought so much  light in our blindness

Eternally we will remember you

And what you used to say

How made each of us smile

And gifted us with every passing day

We miss your presence sadly into tears

We think this can’t be right

Because even after all this time and fears

We sense your kindness in the night

You are always in our hearts 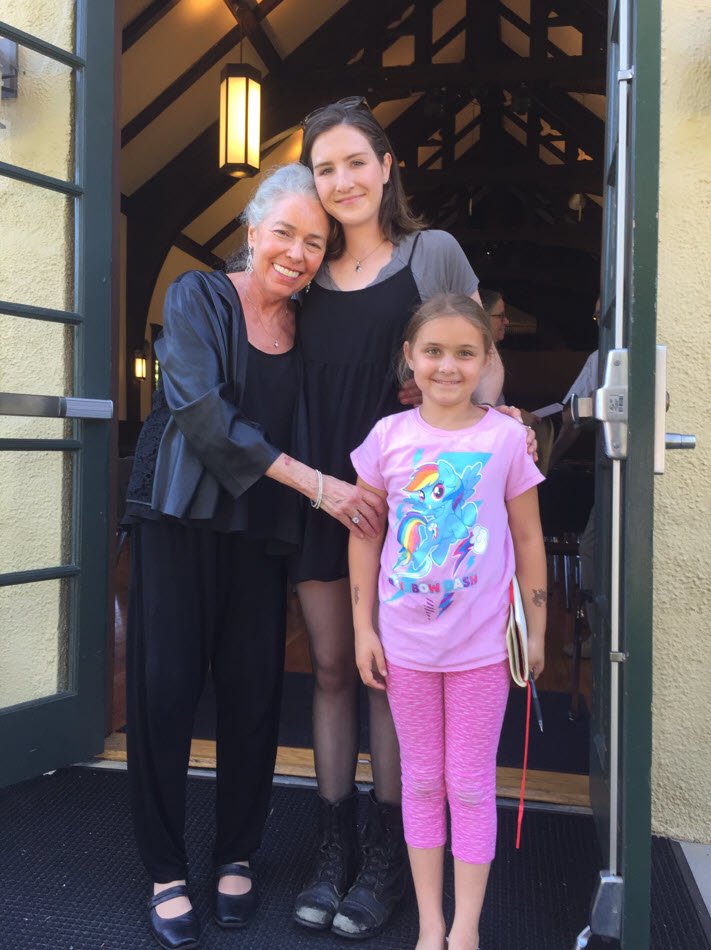 Gail we miss you so much! It is hard to understand and comprehend that you are no longer here. I believe that you will live on in all of us and that your music will continue through your students who will pass it on share all that you taught them throughout their lives. Please keep a watchful eye on our kids. We love you and will remember you always!

Gail was a truly amazing person who made everyone around her feel special and loved. I have never known anyone else with her sensitivity to the feelings of others. She was a gifted teacher but was much more than that in terms of her connection to her students and their families. We will miss her forever. Mary McMaster

The family of Gail Michelson uploaded a photo 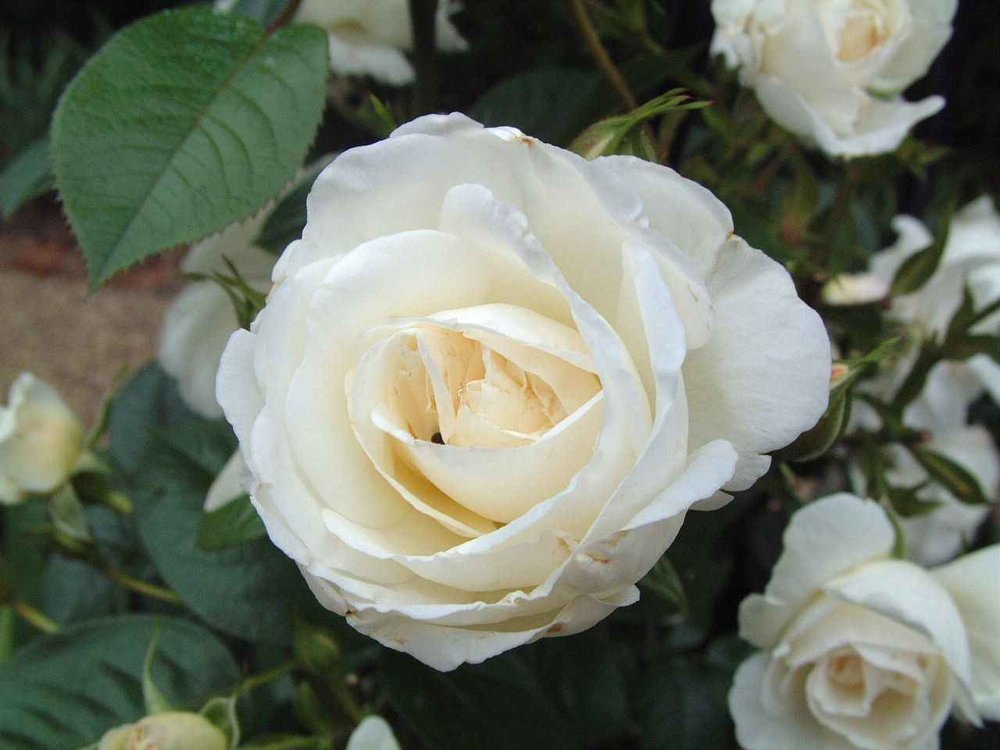 Demand SCE Smart Meter Opt-Out
Concerned Citizen <smartmeterreform@gmail.com>
Gail Michelson <gsm329@gmail.com> Sat, Jul 16, 2011 at 1:59 AM
To: smartmeterreform@gmail.com
California Public Utilities Commission
RE: Smart Meters
Mr. Peevey and CPUC Commissioners,
I am a customer of Southern California Edison (SCE). I object to the deployment of smart meters, given their
risks to our health, safety, prosperity, consumer and civil rights and security. .
We never gave permission to allow installation of smart meters and/or use our homes as network
transmitters. In keeping with our right of Freedom of Choice, we are demanding that you order SCE to offer
an Opt Out Program at no cost to the consumer. This would also include the right for consumers to retain their
analog meters on an individual or community-wide basis. .
I respectfully encourage you to enact a SCE retroactive and immediate Opt Out Program at no charge to the
consumer. .
sincerely,Gail Michelson 1365 Vallecito Place,Carpinteria 93013.684-6632
Standard

‘Cause I know I don’t belong
Here in heaven